Just getting started playing the keys? We’re going to set you up right, with a basic guide to posture & hand position, and introduce you to Octaves, Notes, Scales, & Chords. 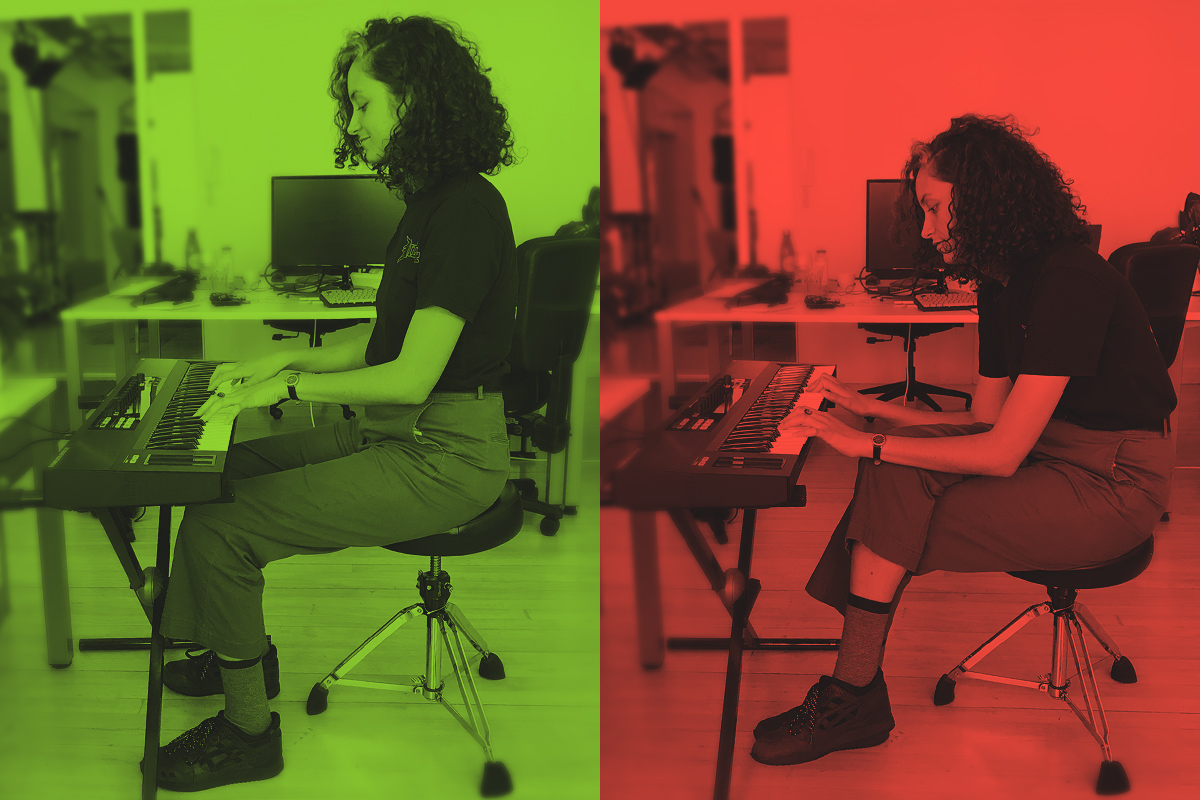 Hands up, feet square on floor, back straight, easy!

Let’s start at the very beginning, with your seat!

A lot of keyboard players - not just beginners - disregard the importance of getting the right chair or stool. It’s best to do this straight away, before you end up with injuries or strains.

Two things to work out are:

These two things will affect your back, shoulders, arms and wrist.

Ideally, save up and buy yourself a keyboard stool.

However, if you’re just starting out with the keys casually or are not ready to buy new furniture, stick to your desk chair - just make sure that it is relatively flat (so that you can distribute an even weight) and height-adjustable.

Now that the seats are sussed, we can learn about our positioning.

For those of you who use a smaller midi keyboard, this may not affect you as much but keeping a nice seat distance does allow you to play comfortably for longer. For people with a fuller ranged keyboard - this is quite essential, as keeping a correct distance creates a space for you to maneuver around the keys using your body weight instead of just your arms, which causes tension.

This is so that you have more freedom to lean to the side, or to the front or back. Although it may seem awkward at first, sitting like this engages your core so that your back is naturally straight, and this allows you to be less rigid. If you sit near the back of the seat, you’ll find that your thighs are stuck to the seat and the only way to reach different ranges will be to stretch your arms side to side, which isn’t ideal. You want to lean your body side to side in order to distribute your body weight evenly. (Yes it’s possible to lean side to side while sitting at the back of the seat but this hurts your back)

Make sure that the seat height allows your forearms to be nice and straight.

If you sit too low, that means that you have to put more strength into your playing which means that it’ll make your wrist and shoulders become tired easily.

If you sit too high, the arm angle becomes quite awkward and this causes tension in your forearms. A bit like the proper positioning for sitting at a computer keyboard. 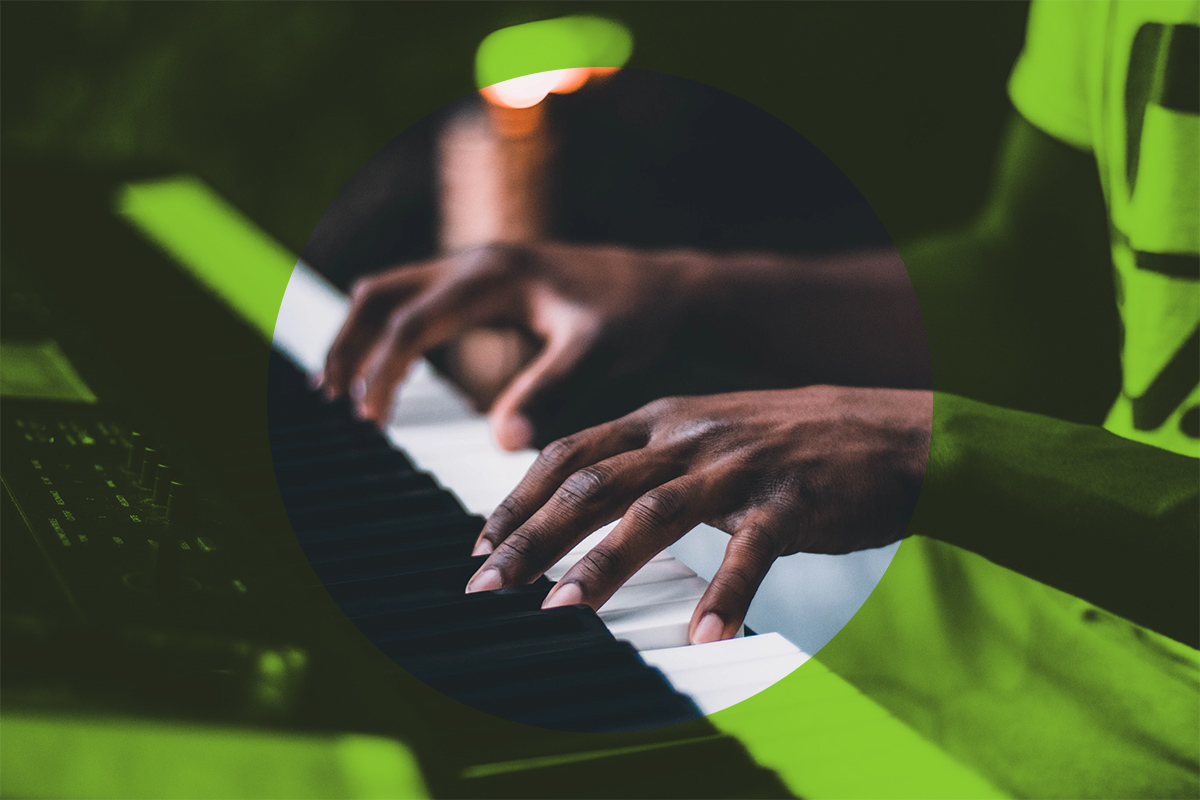 Hold your hands to form a round, curved shape with their fingers.

When beginners learn how to play piano, they’re often told to imagine that they’re holding an egg or a bubble so that they form a round, curved shape with their fingers.

If you do this correctly, your fingertips will be touching the keys rather than the centre of your fingers. The reason why you should curve your fingers is because you’ll build flexibility (if you play piano with flat fingers, you might notice that more strength/tension goes into your movement and this may cause injuries) and this enables you to play songs with more precision and less fatigue.

Please take rests in between your practices/music making process.

Maintaining a fixed posture for a long time will make you prone to injuries. About 5 min rest will do every 15 minutes - do little stretches, make yourself some tea, watch youtube clips.

What is Middle C and where is it?

You probably would have figured the notes of the keyboard by now - ‘C’, weirdly enough, is the basic starting key when we first start learning about notes.

There are 88 keys on a piano or a full ranged keyboard, and middle C is the C that’s placed roughly in the middle of the range. It’s the fourth C you’ll spot if you count from the very bottom C and that’s why it is also called C4 - so to find this key should be a piece of cake if you were to have a full range keyboard, however this isn’t always the case for everyone.

To find middle C can be a pretty confusing task, as there are midi keyboards that come in different sizes by different brands and where middle C is placed isn’t the most consistent. Whether middle C is C4 or C3 is also a debate: musicians who would play acoustic piano would call it C4 whereas Yamaha calls it C3 (they start from C0 instead of C1) and Cakewalk Sonar calls it C5 (no idea why!).

Arturia 32 key: It’s the 2nd C when you plug it in (default octave setting), if you’ve been moving octaves you can reset it by pressing the Oct- button and Oct+ button at the same time.

iRig 25: On default setting, (neither of the octave buttons will be lit) middle C is the bottom C (far left key)

iRig 37 Pro: On default setting, (neither of the octave buttons will be lit) it’s the second C you see from the left. (there’s a 0 on the panel)

Fortunately, Melodics recognises middle C and will let you know if you’re in the right range.

What is an Octave?

Before introducing what an octave is we need to know what an interval is.

An interval is the distance between two notes.

So when one says ‘play C up an octave from middle C’ for example, you’ll be playing the next C you see up from middle C. Pressing the octave button on your midi keyboard (pressing oct up then playing middle C) will do the same job. Why the octave interval is so significant/commonly used is because the notes remain the same while moving in different ranges.

What is a note?

Quoting wikipedia, a note is ‘the pitch and duration of a sound’. So basically, each key that you press on your keyboard is a note. You can play 12 different notes before C gets to the next C (C, C♯/D♭, D, D♯/E♭, E, F, F♯/G♭, G, G♯/A♭, A, A♯/B♭, B). You might wonder what the difference between a key and a note is - a key refers to the physical mechanics of the keyboard whereas a note is the actual sound produced when you press the key, it doesn’t even have to be a keyboard - you can sing a note. When you play a series of keys in a certain order, it becomes a scale which we’re about to explain next! 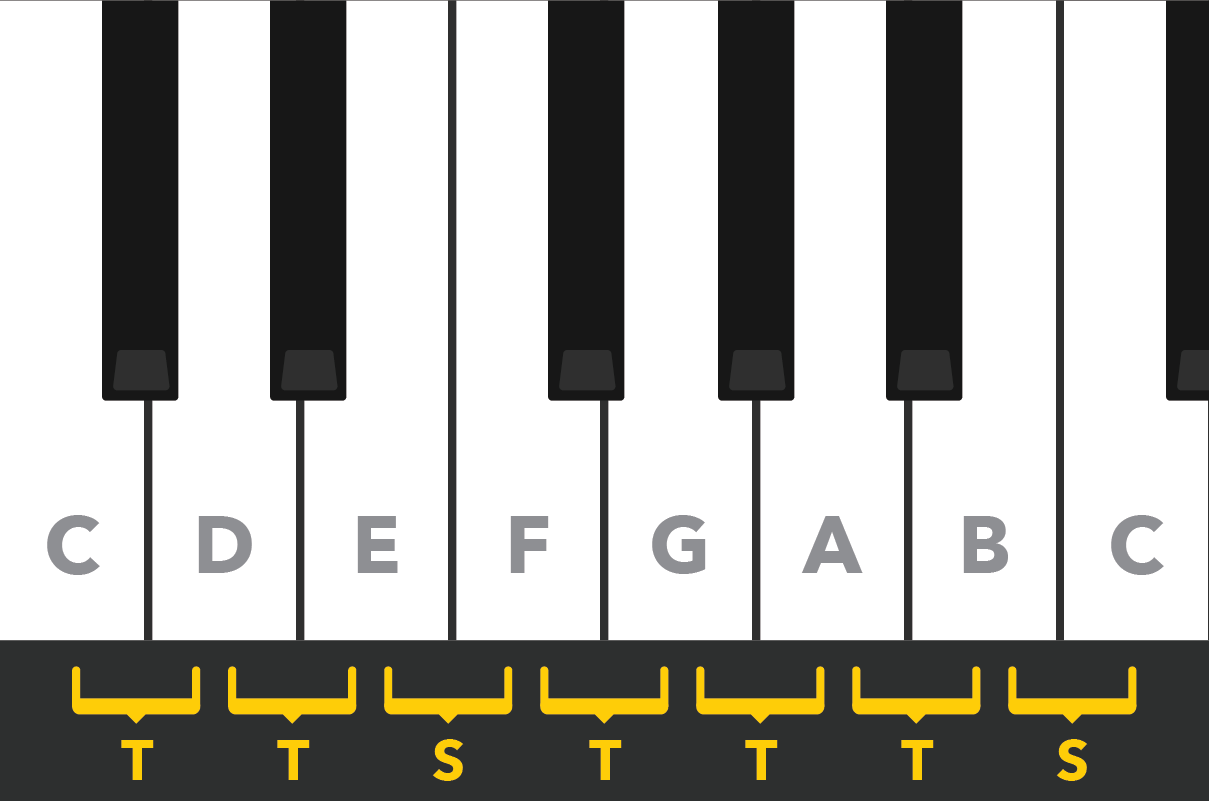 What is a scale?

A scale is an order of notes that outlines a certain harmony. The notes that we’ve outlined in the note section is called chromatic scale, and you basically play the notes up in semitones or half steps (this is the smallest interval - so if you have C, a semitone up from C is C♯/D♭, and a semitone down from C is B) in order to get the scale. We usually complete a scale by playing an octave length of it. The chromatic scale is a common scale, but because it covers all of the 12 pitches, it doesn’t sound as harmonious - to compose a melody using all of these notes might sound overwhelming.

The most common scale used in western music is the major scale. It outlines the major harmony (happy sound), and conveniently enough, they’re the white notes on the keyboard (C D E F G A B C). It’s constructed of semitones and tones (2 semitones = tone) in this order: T T S T T T S.

Although C major scale consists of just white notes, if you start on D for example and count your way up using the interval order, you’ll discover that you’re using black keys as well (D, E, F♯, G, A, B, C♯ D)

There are hundreds of different scales out there, including the conventional ones like the major scale or the minor scale, and other ones that are used in world music or jazz. 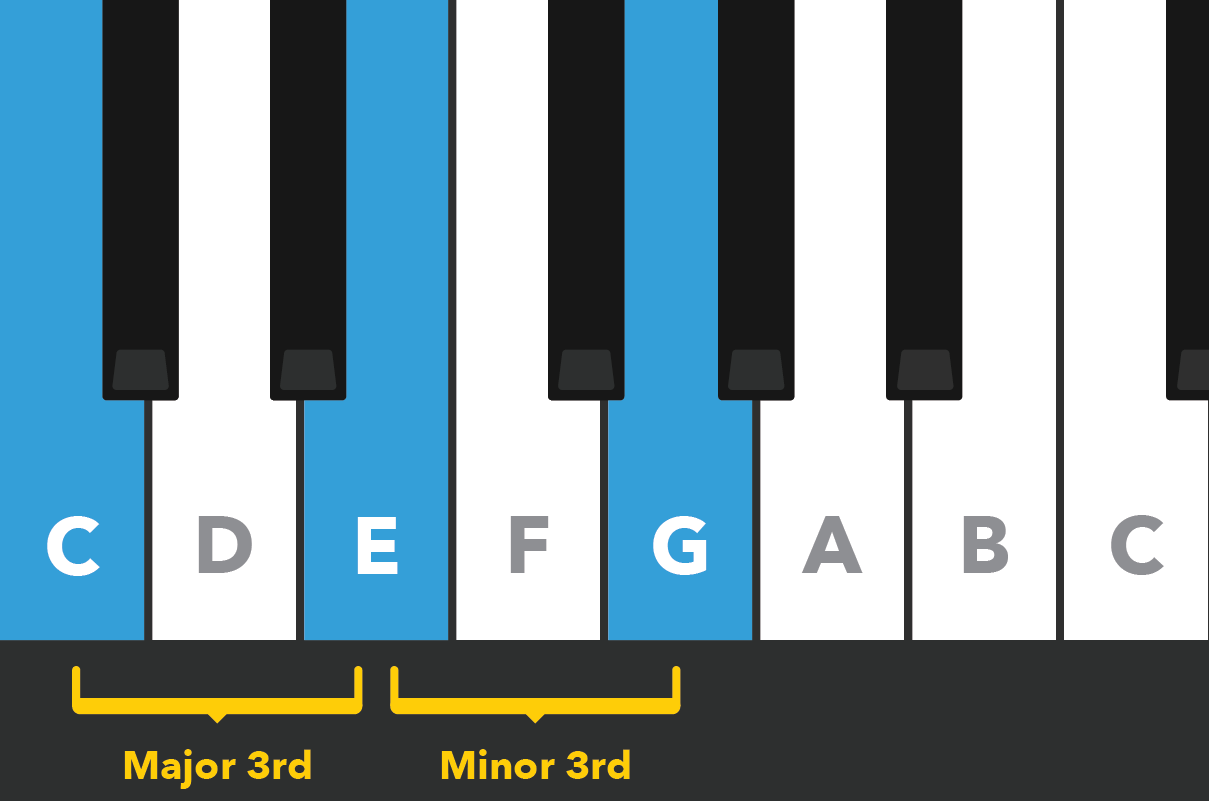 The C Major chord with intervals

What is a chord?

A chord is also a set of pitches that outlines a certain harmony, but typically a chord has lesser notes (that normally is based from a scale), as few as three notes (we call this a triad). You can either play the chord at the same time or as arpeggios or broken chords. Let’s learn few examples of different chords.

A major chord is a chord based from the major scale and it has the first note (root), third note, and the fifth note of the major scale. So if we were to find a C major chord, we’ll have the notes C, E and G. Try working this out in a different key, let’s say in a key of A♭ major. If you’re not as familiar with the major scale, there’s an interval based method of figuring out the major triad: play the root first (A♭), then go up 4 semitones from there (you should have C), then 3 semitones up from there (E♭).

A minor chord is based on the minor scale (you can use natural minor, melodic minor or harmonic minor) - to figure the notes out based on intervals, you should play the root, up 3 semitones, then up 4 semitones, so reverse order from the major triad.

Typically, a chord will be played in the left hand to layout the harmony, and the right hand will be playing a melodic phrase that’s based on the scale. 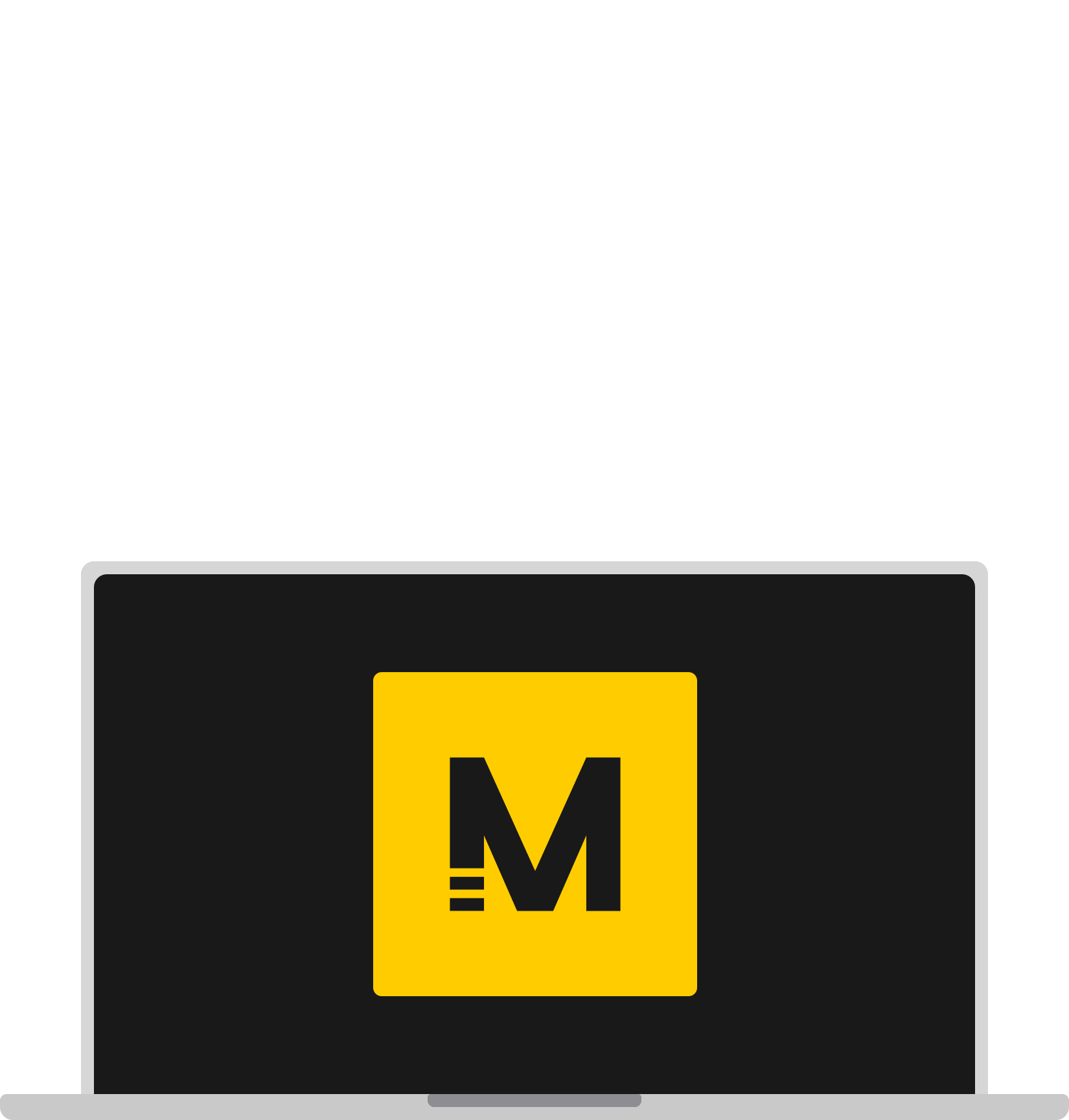