The Ghostbusters theme is at its core an exercise in Rhythm & Blues comping — but it’s been dressed up in the…. costume of 80s synth pop 👻

The iconic theme from Ghostbusters defined a point in Ray Parker Jr’s career. For those less familiar, it seemed he came out of nowhere as an artist. But for those in the know, it’s far from a one hit wonder. Rather, it is a culmination of all his talents as a multi-instrumentalist, vocalist, studio engineer, composer and producer.

Given 2 days by a (somewhat desperate) Columbia Pictures to produce a title track, Ray Parker Jr was ready for the job.

But how is Ghostbusters Rhythm & Blues?

Ghostbuster’s chord harmony is ultimate Rhythm & Blues, but it’s not immediately obvious because it leans heavily on the lush synthesizer sounds of the decade, instead of using more familiar, analog instrumentation of the genre, like keys or guitars.

But the Rhythm & Blues influence makes sense, given Ray Parker Jr’s background as a session guitarist for Motown records before starting his own studio, Ameraycan.

Starting when he was only 15 years old, Parker’s musical career spans decades — having played guitar, bass, synth and lent vocals to some of the greats such as Stevie Wonder, Marvin Gaye, Bill Withers and Bobby Womack, as well as prolific engineering credits, and composer for Barrie White, Earl Sweatshirt and Cheryl Lynn to name a few. 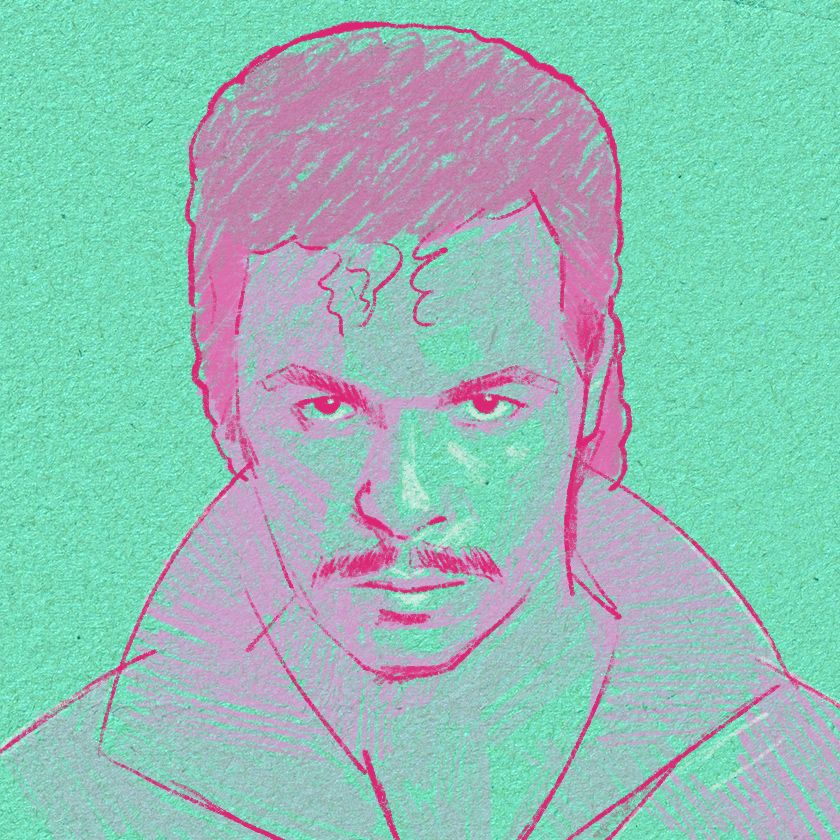 It was one of those days when everything came together — bang, bang, bang — and it didn’t seem like I could do anything wrong. The bass part sounded great, the drums were big. Everything sounded fat.

The main synth was a Korg Poly 61 — and a cheap Jupiter 6 on the bass line! Nothing is doubled — it’s just single lines that really fit together well.

Play it. Learn it.

If you ain’t afraid of no ghost, then today is your day to shine: Melodics has released Ghostbusters as the latest song to play and learn for premium subscribers.

That main Korg synth line, the Roland Jupiter 6 bassline, and Linn Drums are exactly the sounds you’ll be playing in Melodics’ lesson for the Ghostbusters theme.

Ghostbusters is available to play for premium subscribers on Keys, Drums or Pads, just in time for an extra spooky musical Halloween.

Get the skills you need to succeed first.

If you don’t have a premium Melodics subscription, or you want to build up your abilities before playing Ghostbusters on keys, pads or drums — we’ve got you sorted, with this handpicked selection of skill-building courses for each instrument. 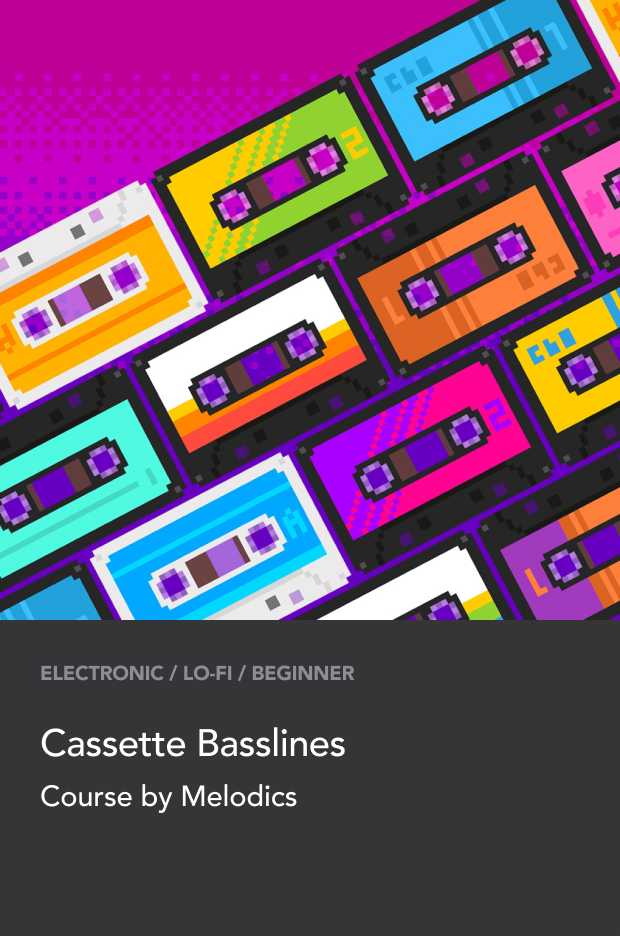 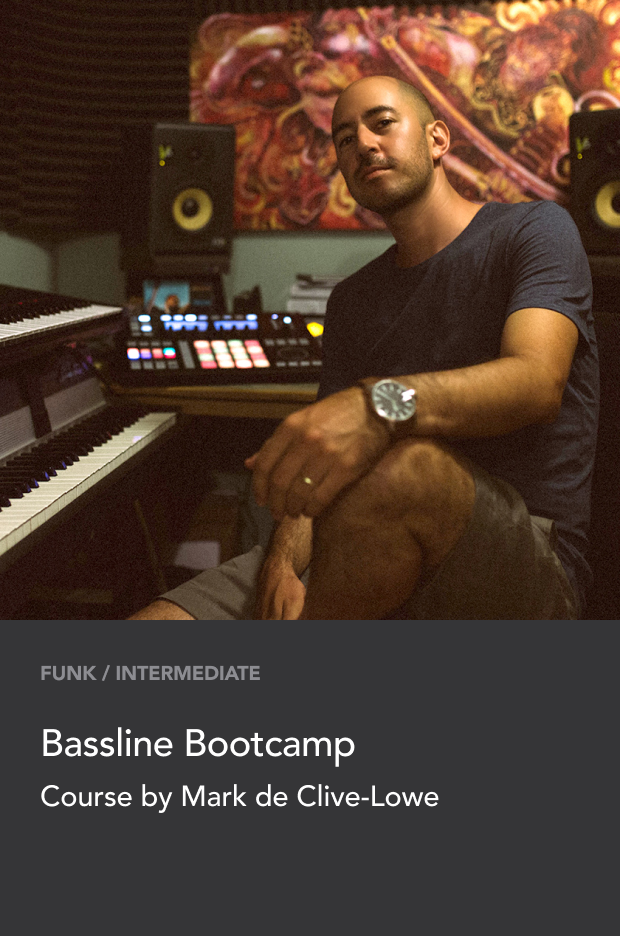 Level up your left hand technique with the Cassette Basslines course, featuring a series of lo-fi synthy bassline lessons designed to target strength, coordination and agility in the left hand. Then take it to funk town with Mark de Clive-Lowe’s Bassline Bootcamp. Here you’ll come to grips with left-handed basslines and exercises across different styles, and use techniques like walking, octave stretches and complex rhythms. You’ll walk away understanding how bassline melodies can be built with pentatonic scales, intervals and syncopated patterns. 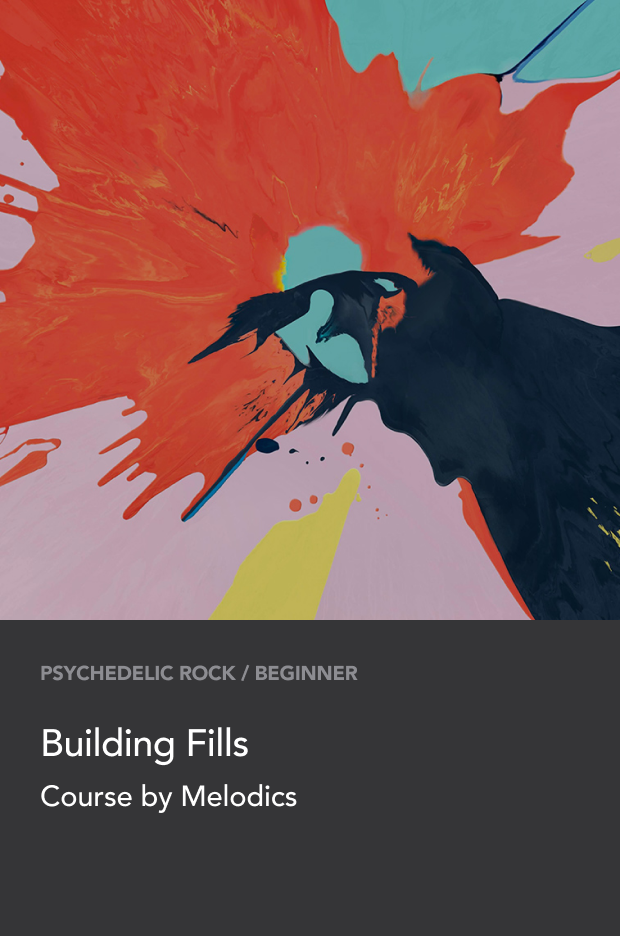 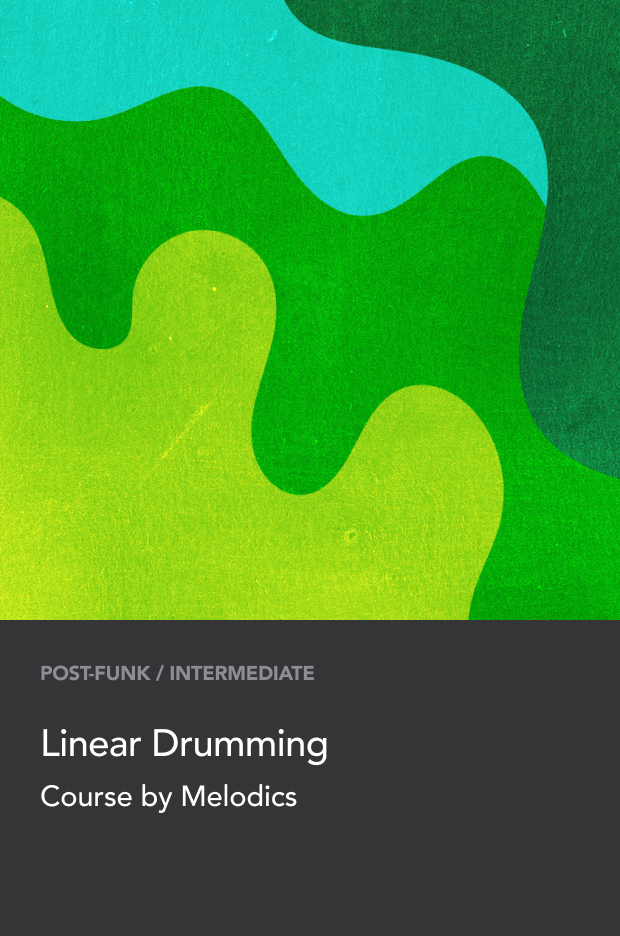 Ba-da-da-da-Ba-da-da-da-Pssh! Let’s learn fills in this course to help transitions, break up patterns and draw listeners’ attention to changes in the music — you’ll need this for some of the iconic Linn Drum fills in Ghostbusters! Then, take it to the next level with Linear Drumming, play basic linear beats, added toms and 1/16 variations, and incorporated fills over section and groove changes. 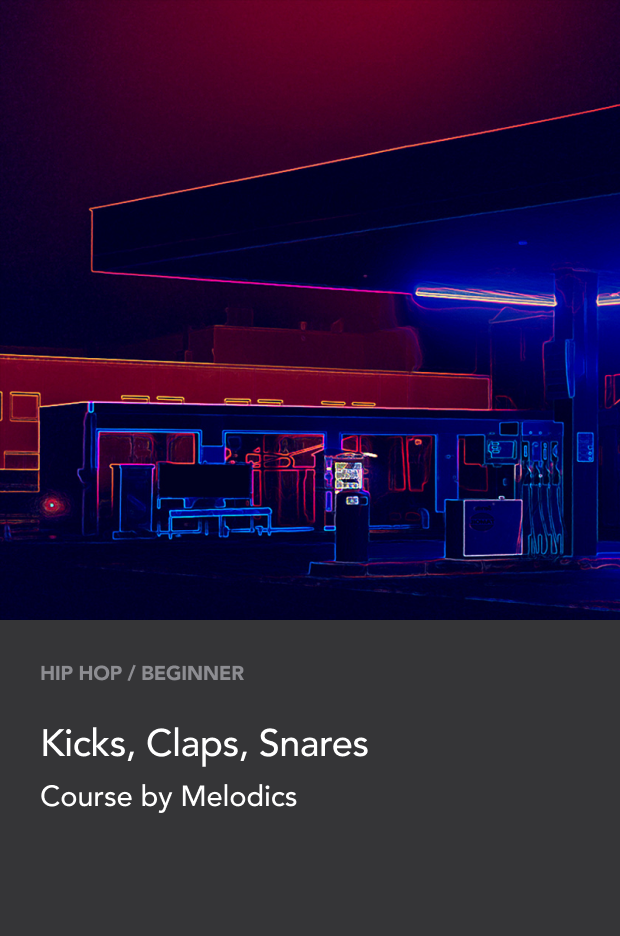 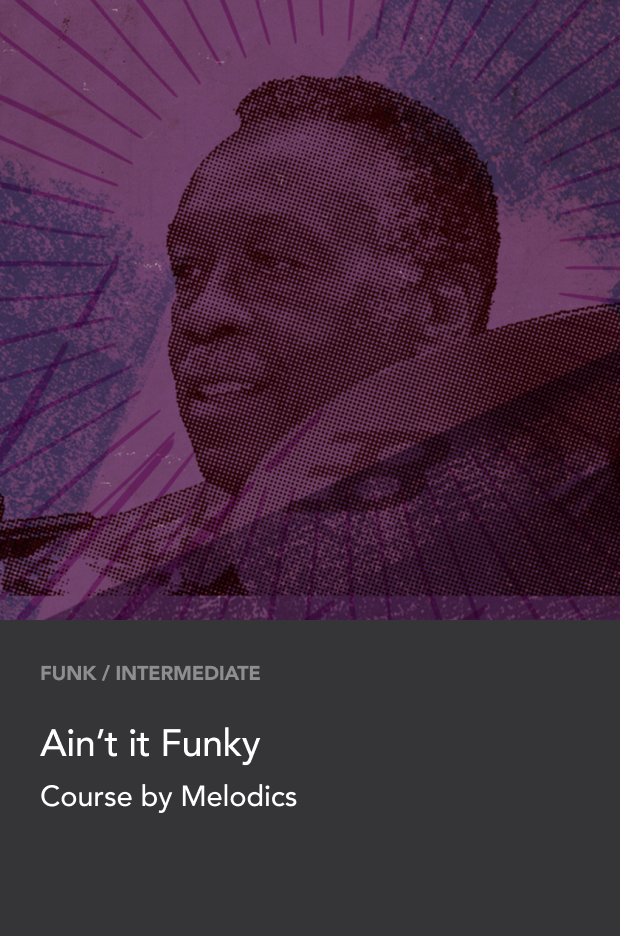 To get ready for Ghostbusters, you need to go back to the future! Explore these two courses get those skills up. First, in Kicks, Claps, Snares you’ll play 1/8 & 1/16 note syncopated drum grooves and work on your coordination skills by playing hand independent rhythms over bouncy hip hop drum grooves.

Then, expand on a basic Funk beat with a series of variations in the style of the legendary Clyde Stubblefield in Ain’t it Funky. Here, you’ll perform a fundamental funk drum groove, create variations of a drum groove by shifting beats on the kick, snare and open hi-hat, and learn how to perform a swung hi-hat rhythm.

Away from your instrument? Get in the Ray-zone.

If you’re not by your instrument, then get in the halloween spirit and feast your ears on the genius of Ray Parker Jr with this playlist.

Far from a 1-hit-wonder, this playlist showcases a trophy cabinet of his musical credits, from the ’70s right up to present day; spanning genres like Motown, Rhythm & Blues, Disco, 80s Synth, Electronica, and Hip Hop.