Your key to unlocking music

by Rhys Bills-Strange in Fundamentals, Music

Do I need to read music?

Music theory is a way of describing the things in music that different people, in different cultural contexts have found to sound good to them. We believe that music doesn’t flow from theory – theory flows from music. From traditional and folk styles of music right up to the contemporary – none have ever required theory. Notation does not necessitate beautiful music creation — but it can still facilitate it in certain circumstances if needed. 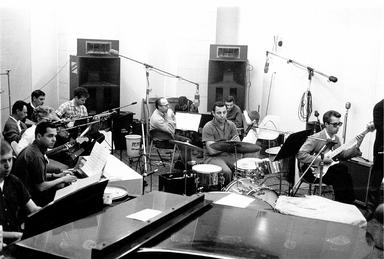 So why was sheet music a thing?

Before recorded music or digital technologies, sheet music was a standardised way to precisely describe, and communicate complex musical ideas from a composer’s mind, to the musicians who would be able to play it exactly as it was imagined. Without notation, the world’s most acclaimed classical composers — Chopin, Bach, Beethoven, Mozart, and everyone else — would have had no voice, and their music would have died with them. Notation in a way, was the precursor to recorded music as we know it. Common use of sheet notation in the music industry progressed into 20th century pop with famous session bands like the Wrecking Crew smash out hit-after-Motown-hit; being able to rapidly learn several new songs every session and execute a top of the pops hit on the spot with minimal practice. This made fluency in site-reading notation a real skill to have.

For every Wrecking Crew session muso in 1960s , there are thousands more musicians around the world making music without ever needing to read the stave. Elton John himself learned by ear first, long before he ever went on to study theory. Legends like Stevie Wonder, Paul McCartney, Michael Jackson, Prince and even Dave Brubeck never learned how to read music at all. From Vanessa Carlton’s “Thousand Miles”, Outkast’s “Roses”, Alicia Keys “Fallin’” to Radiohead’s “Pyramid Song” — it would be unreal to think they were composed and learned with sheet notation.

You might need to read music if you ever think you’ll be doing a “reading gig” — that is if you need to play music exactly as it has been composed, where it is too complex or lengthy to memorise. This is of course ever-present in Classical, but also still Jazz, Musical Theatre and Cinema settings. Although understanding the background principles of how to read music is fairly straightforward — It’s a lot of work to be able to read music fluently and at a professional level. For many, the hard slog to get the degree of fluency required for this might put you off, but many musicians are instead adept at being able to figure out, and play by ear, and confident enough to add impromptu creative flair when playing and recording.

Do you need to read music? No. But you might wish to really be fluent site reading in some particular instances. It depends what your musical goals are, but it’s important to remember that one of the reasons most people don’t succeed with an instrument is because they don’t practice – not their grasp of theory! You can absolutely learn theory by playing – and it will make so much more sense when you learn it from a real-life playing context, rather than it being a key that unlocks certain music for you. When an audience is listening, they can’t tell your site-reading ability, but they can hear your skill and confidence – so get out there, have fun and play!