Do your chords disappear or lose their punch when mixed with the rest of your tracks? How do you make your chords stand out within a powerful pop arrangement?

There’s a simple trick that’s used to “voice” simple chords in a way that makes the sound full, but not muddy when you’re in competition with big vocals, big drums and other powerful song elements.

Triads in right hand, Root note and 5ths in the left hand.

Because you’ve got multiple octaves at your disposal on a keyboard, a simple chord like C Major (C, D, E) can be played in a huge number of ways and there’s no rules that say you can’t double up notes, or spread them out across the keys. This technique of playing the same notes in the chord but across different keys on the keyboard is called “voicing”. 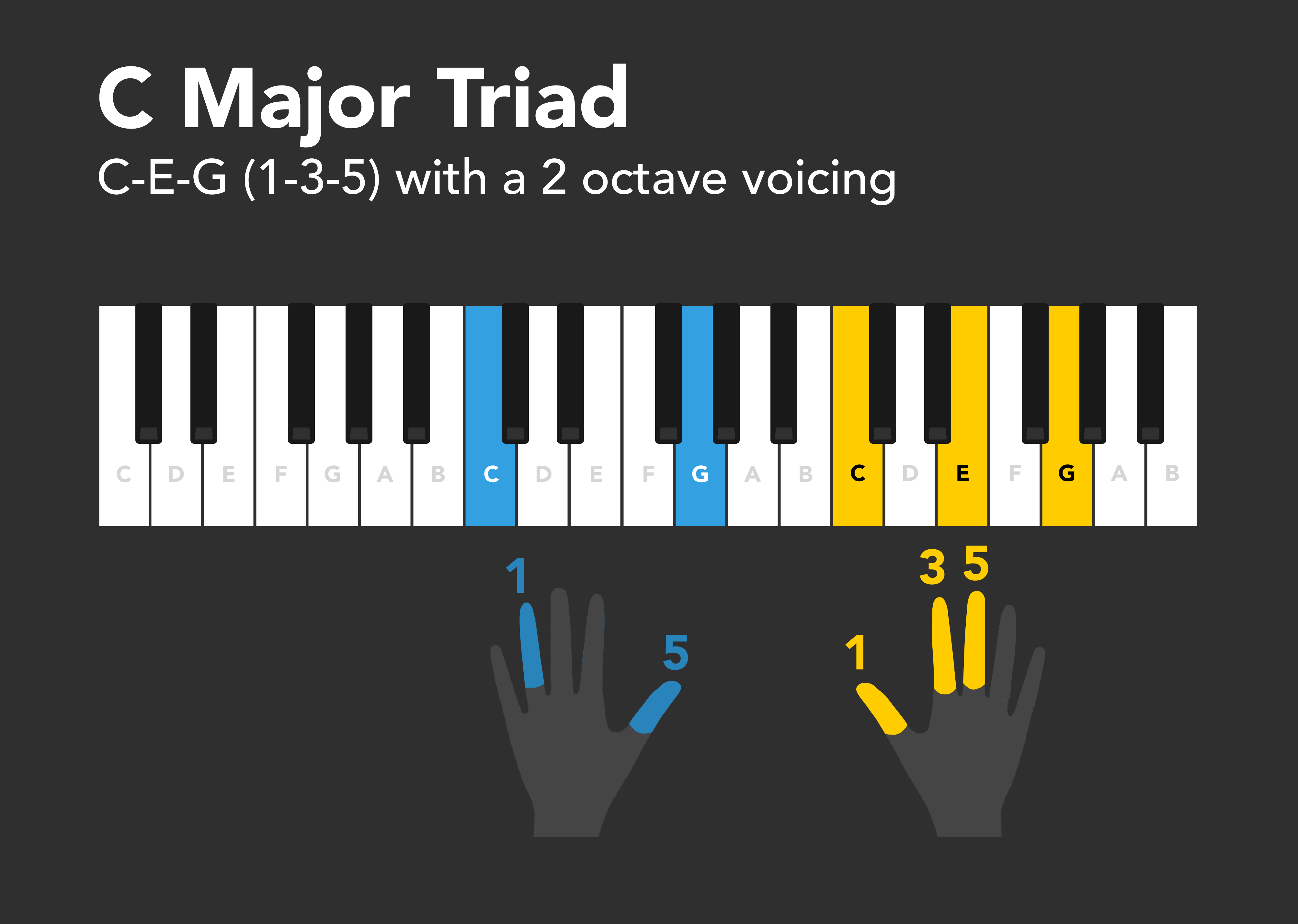 In “Green Light” by Lorde, the chords are voiced in a particular way that adds weight to cut through and highlight the piano part as a core song element. This is done by playing the plain old triad in the right hand, and then playing just the first (the root) and last note (the 5th) of the chord in the left hand.

The reason this works so well is that playing the root and 5th note an octave below adds some more bass, but the middle note (the third) is omitted here, so it just adds fullness without sacrificing clarity. 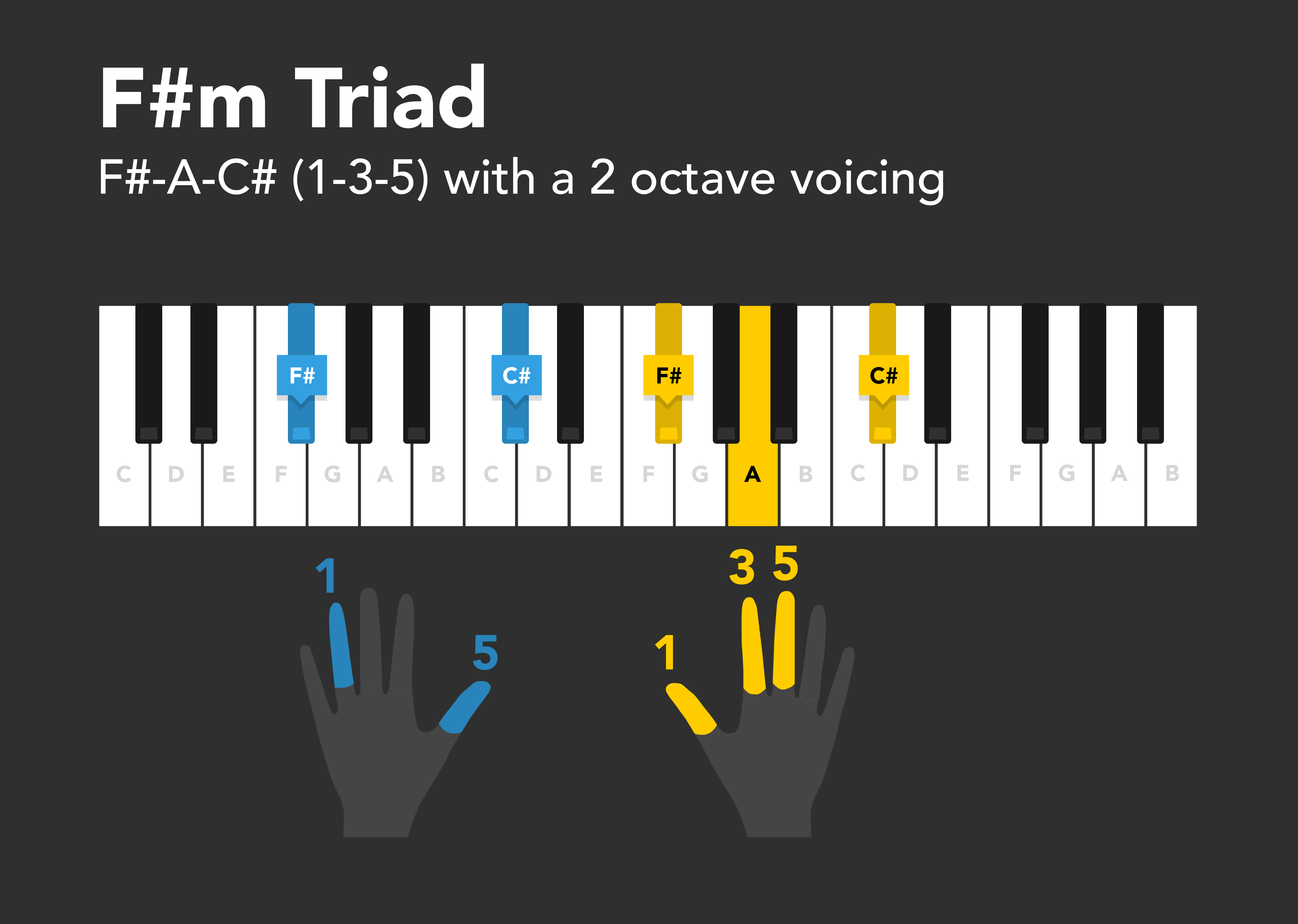 Looking at another example with a full F# minor triad with the right hand (yellow), and just the root and the 5th note played an octave below in the left hand (blue).

Learning how to use pop progressions

If you’re not at your instrument right now, you can still start training your ears by listening to how the chords are expressed in these pop bangers.

If you’re interested in working with pop chords, try out Melodics’ course on pop chord progressions.

Learn about pop chord progressions with a mixture of root positions, inversions and open chord voicings, as well as build your skills in performing them with syncopated rhythms, arpeggios and melodies.

For premium subscribers, dive inside Lorde’s Green Light and learn how a hit song is made and played. 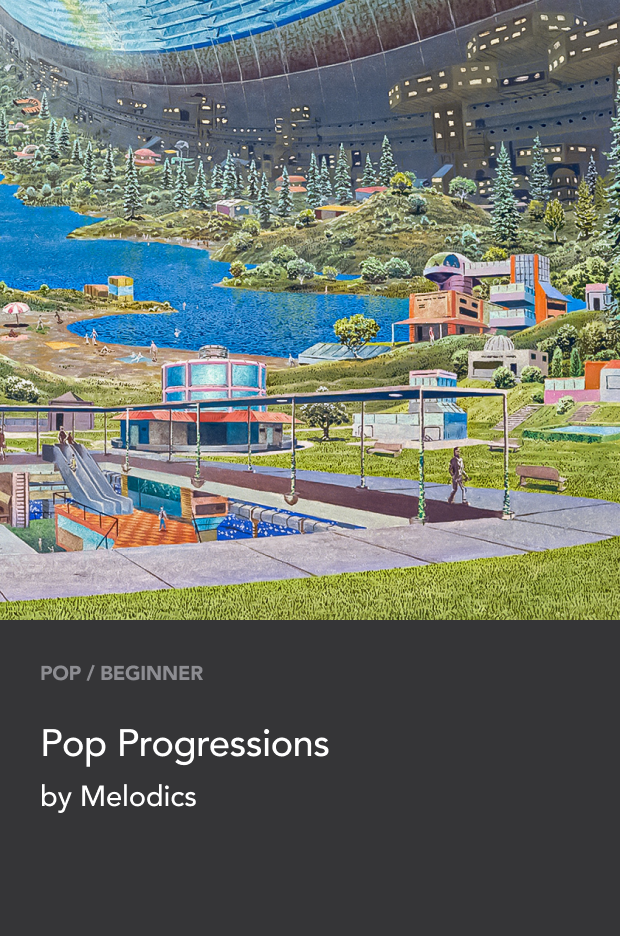 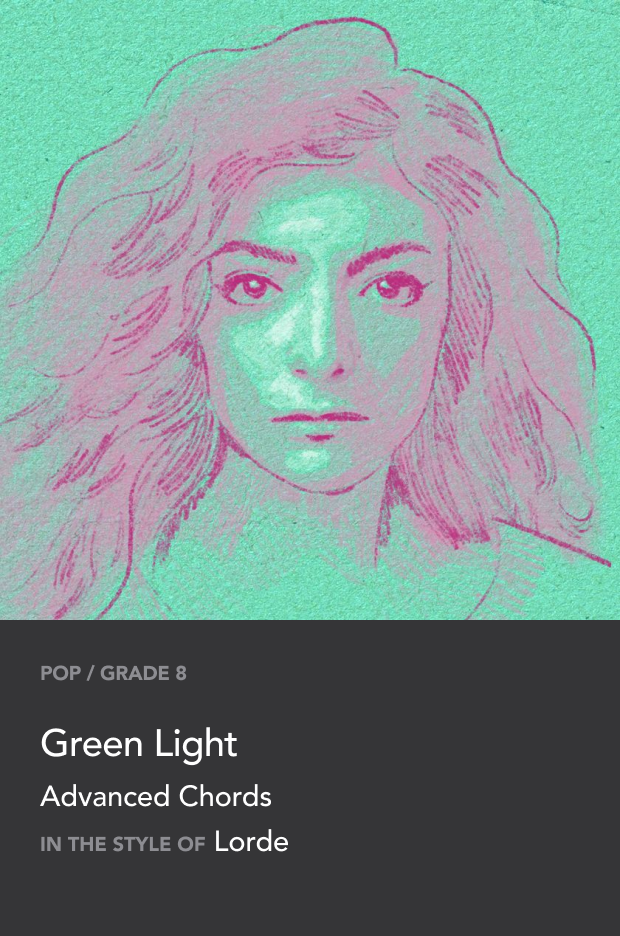