So we all know the instantly recognisable arpeggiated chords from Dr. Dre’s iconic Hip Hop classic Still D.R.E — but what is the actual music theory that underpins this catchy slice of hip-hop history?

Initially these chords might seem kind of strange. The first is C-E-A, followed by B-E-A, and then B-E-G.

Each chord only changes a single note from the previous one, making for a delightfully simple, yet very effective little progression. 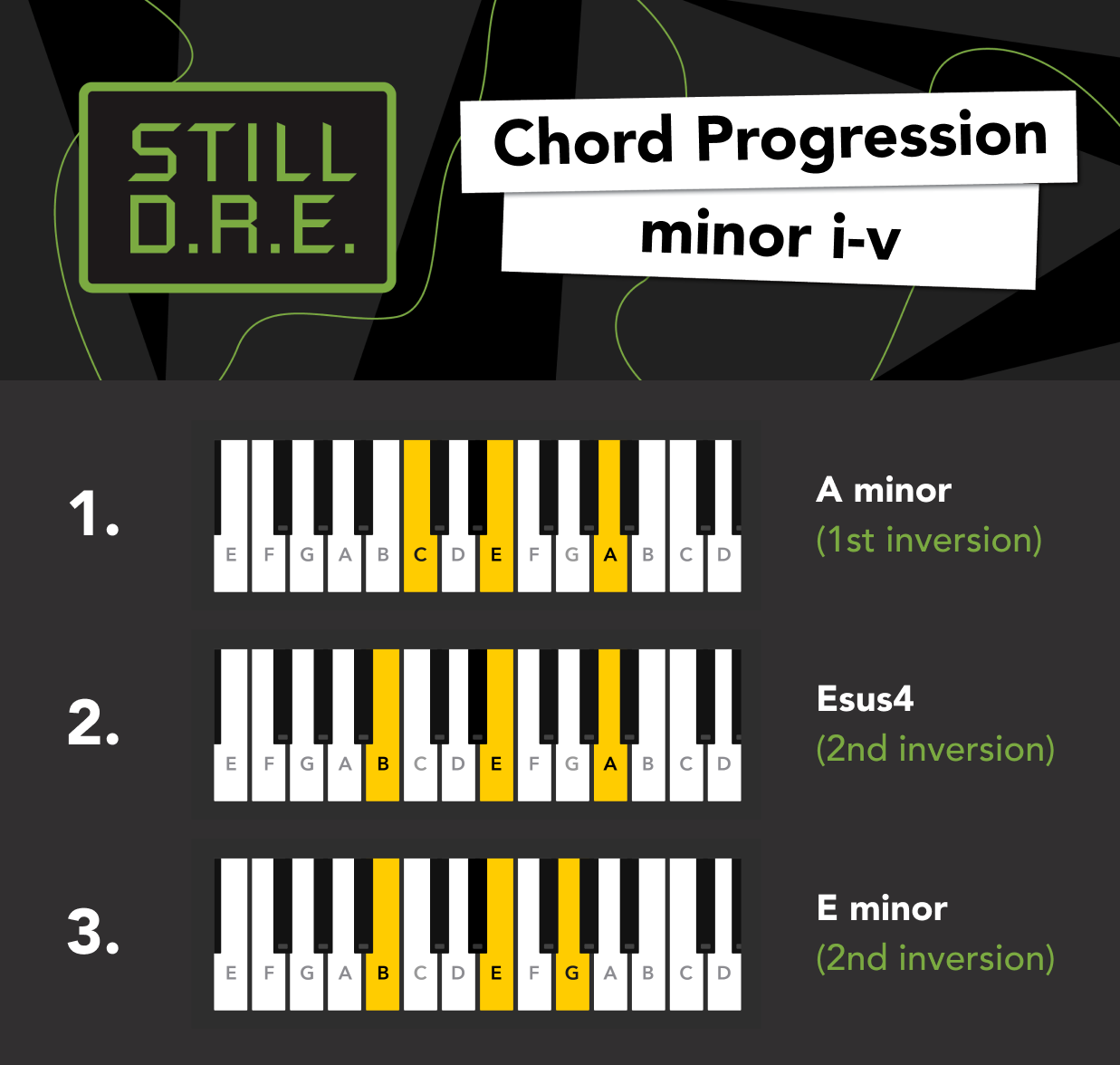 With the bassline defining the root notes of these chords, it becomes clear that these are actually inversions. C-E-A, our first chord, is the first inversion of A minor, which means that the root note, A, has been moved up the keyboard, above the other two notes.

The next two chords (B-E-A, and B-E-G), are the second inversions of Esus4 and Eminor respectively. The second inversion means that both the root note AND the third have been moved up the keyboard, leaving the fifth, B, as the lowest note in these chords.

It’s like a minor i-v chord progression, with a suspended chord thrown in there to add a little tension and release.

Still D.R.E.’s 3 basic chords have left an everlasting impact on hip hop. Yet this song is a great example of how using simple chord inversions can lead to really exciting chord voicings that still don’t need you to move your fingers a large amount.

Download Melodics for guided courses on practical applications of music theory like using chord inversions, and many, many more. 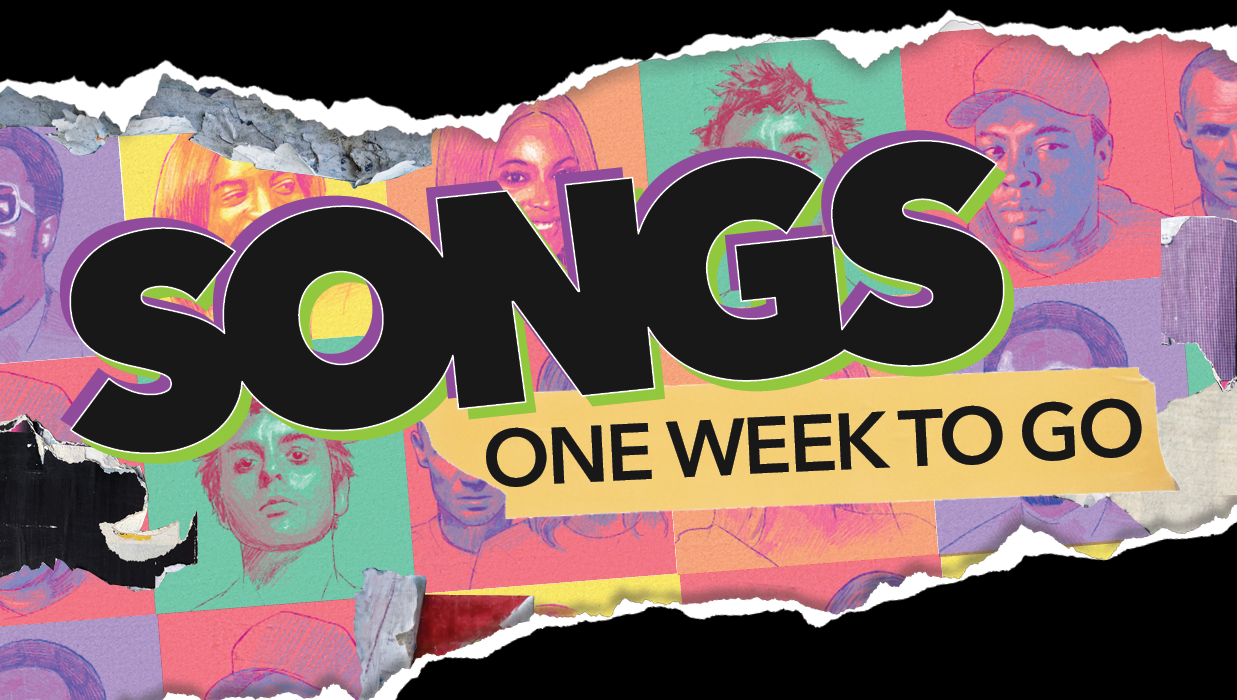 Get ready for songs. Your sneak peak.

Popular songs are almost here. There’s no chance of pre-gig nerves, as the community response has been huge!

Here’s your sneak peek of what’s coming to Melodics 5th September 2022. Check out the buzz from the community, check out and decide which songs are yours to tackle first from launch. 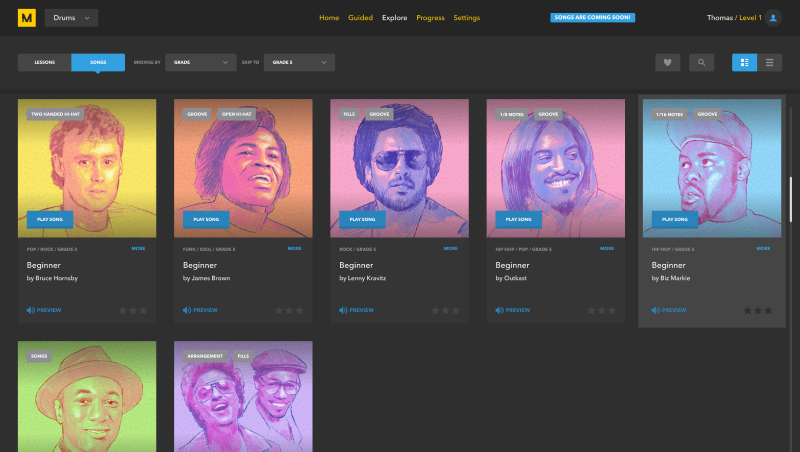 You know them, you’ve heard them on Spotify, and now you can learn to play them! From launch day, you can test your talents on any song in this playlist.

Each song is lovingly deconstructed into numerous lessons, across a variety of difficulties and skill sets, for MIDI keys, pads and drums. With the full force of Melodics backing it, you can get inside the music you love so you can learn every trick of the artists you admire. 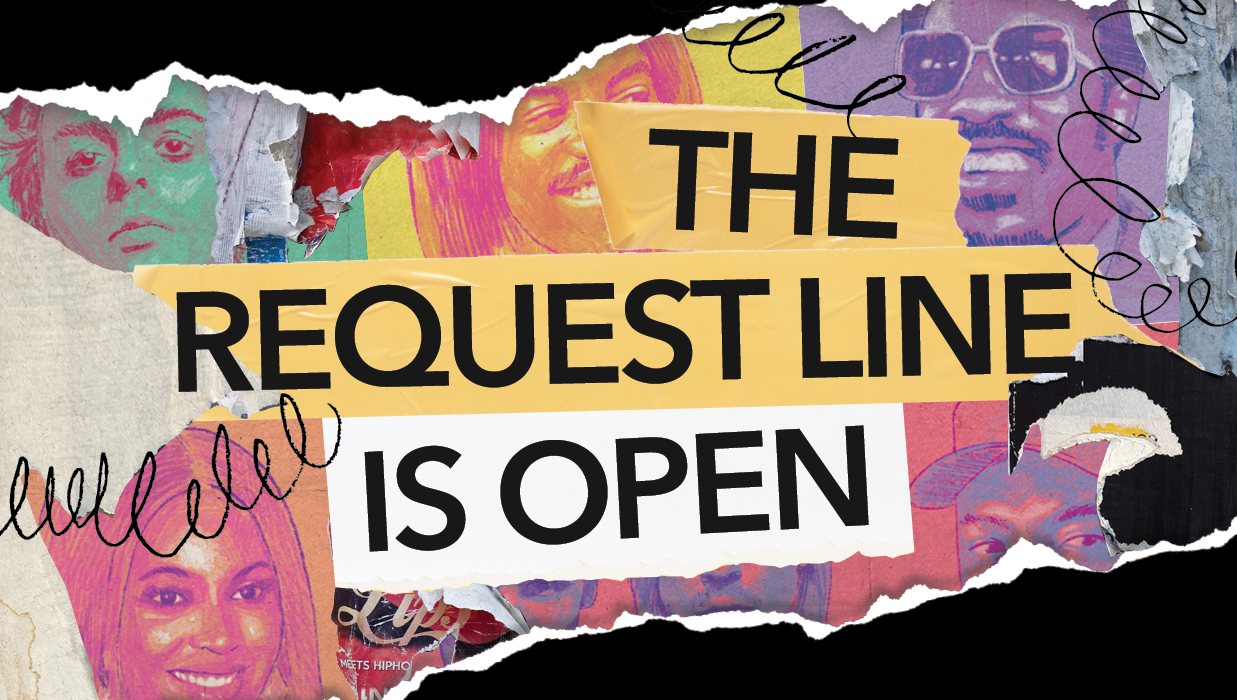 This isn’t just a “one and done”. More songs will continue to be added to our catalog regularly.

If you want to learn to play your favourite song by your favourite artist or band, then contribute your flavour to the full alphabet of musical soup  — from Arctic Monkeys to Warren Zevon (and many more), the request line is open and awaiting your call.

Don’t forget! For current subscribers and those who subscribe before Melodics September launch – you’ll get access to songs first with a free upgrade to your plan. There’s no time like the present to knuckle down and get your skills polished off!

Otherwise, songs will also be available to new subscribers to Melodics from September as a part of a new premium subscription package. 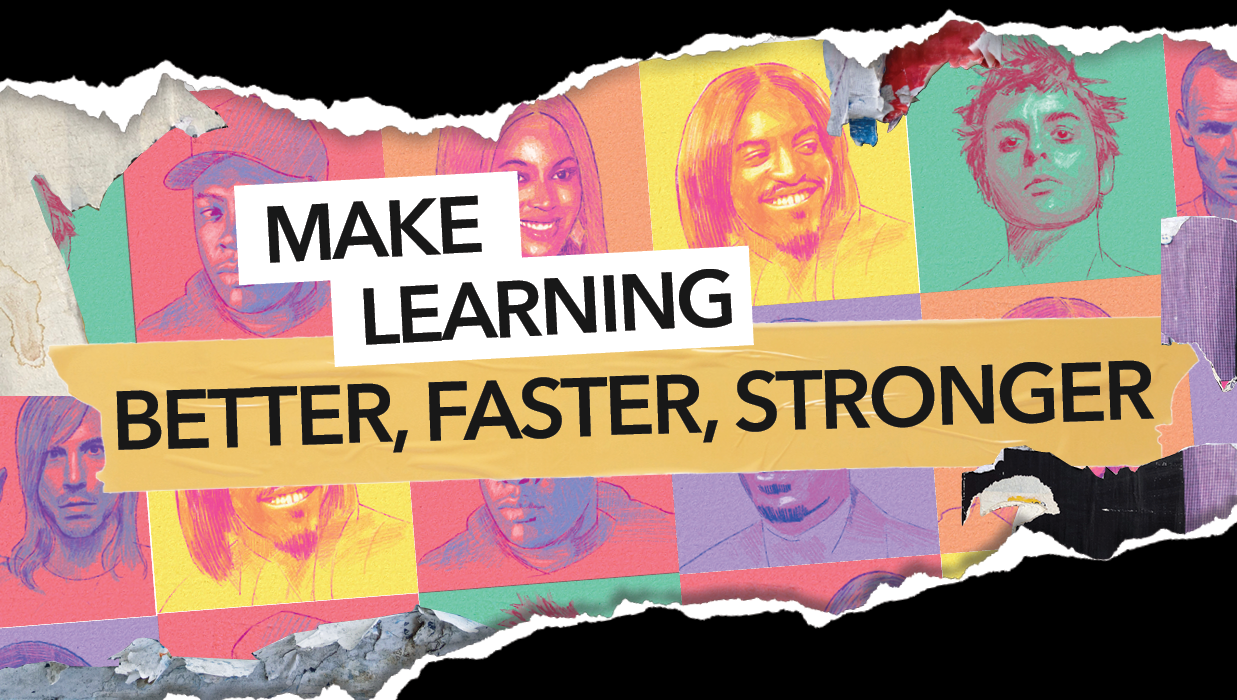 The Melodics approach has always been to make sure our lessons represent the sounds of modern music, and that above all else our learners are having an experience that’s relevant. Gone are the days of learning nursery rhymes before you learn the real stuff. Still D.R.E is the new Twinkle Twinkle.

We’ve talked to people about their past experiences of music education, and a common thread we see time and time again is that they gave up because the things they were learning didn’t line up with the musical experiences they had grown up with; it wasn’t familiar, or what they wanted to actually play.

Until now our lessons and courses have been created for Melodics in-house by our music team, who in their own time are successful producers, band members and music teachers. We’ve also worked closely with artists to produce original content. But while it sounds like the music you know, it’s still not exactly the music you know.

So what’s the missing piece to the puzzle?

While our guided path, courses, lessons and exercises are the ideal way to build your skills as a beginner – exploring and learning popular songs takes you from instrument learner to instrument player.

Learning songs is about building your repertoire. The things you can play anytime, anywhere, and share with anyone over a lifetime.

Practice makes more sense if you’re aiming for something. With songs, there’s now something to put a target on and a goal to reach. There’s also the benchmarking of your progress that happens when you learn another song. What is a better sign that you’ve made progress, than saying “I can play that now” when it’s in the context of a song we all know and love?

At Melodics we aim to provide a learning experience that is fun, relevant and effective, and an experience of learning that makes progress consistent and easy to maintain. As a beginner we recommend the Guided Path to lay important skill foundations and let us hold your hand. As you begin to improve and your confidence grows, it’s time to start exploring and pushing your learning edge in different directions through our open catalog of lessons and courses.

Songs are the newest addition, where you can put everything you’re learning from the guided path, lessons and courses into practice.

Songs will be available to subscribers in Melodics from September. If you’re new to Melodics, you can start your journey now and build up your skills to get ready.