Over the course of his career, DJ Jazzy Jeff has achieved many accomplishments including a DMC Championship and multiple GRAMMY and American Music Awards and nominations. But he is a humble man who is still doing it as his 2002 hit said: For Da Love of Da Game.

Emmavie Mbongo is a self taught singer/songwriter, producer and DJ from London. Specialising in a form of limitless, soulful RnB, her credits spawn across a number of artists’ work both in the UK and internationally including collaborations with IAMNOBODI, ROM, Dornik, Alfa Mist, Barney Artist & Jay Prince.

Sweat On The WallsJohn Tejada

Known for crafting a brand of subtle, musical techno, John Tejada has embraced electronic music as a personal frontier, expanding on his resume as a techno recording artist as producer, remixer, DJ, and label owner.

DJ Spinna is a humbling example of what it takes to truly succeed within the framework of multiple fields. With a steadfast work ethic, an extensive vinyl library and the willingness to pursue the full extents of his roots (Funk, Soul, and R&B), foundation (Hip-Hop) and future (Electronic/Dance music) with no restraints.

Mark de Clive-Lowe expertly melds the science of beat-making and technology with organic musicianship and tradition. The piano set the course, the keyboard is the vehicle, and with the drum machine as fuel, his relentless skill is underscored by a rare sonic sensibility.

Where man and machine collide in innovation and technique, Jeremy’s capabilities are not limited to the studio - on-stage he has developed a unique, energetic, and infectious solo show that is the opposite of the one-man laptop bore.

As a DJ, producer, and drummer with decades of experience in the Jungle music genre, Spinscott continues to push the limits of performance and production with his Jungle Plus Drums DJ format that combines 100% Loop-Free & Sequence-Free drum machine routines and classic DJ style mixing.

From humble origins in Detroit, raised on a healthy diet of Motown, Jazz and early Hip Hop – Terrel Wallace (aka Tall Black Guy) has become a standard bearer for the current hip hop beats scene, and one of the most influential producers working today.

AKYLLA is Sherry St.Germain – who has staged a miraculous climb onto the forefront of the live electronic music scene combining breathtaking vocals, amazing musicianship and a one of a kind live performance.

Trained on the drums since the age of 6, OddKidOut is well known in the Philadelphia music world, and more recently in the international digital media space, for his drumming, finger-drumming and music production skills.

Starting out as a DJ & producer back in the 90’s, Buddy Peace has released an armoury of beat tapes, remixes and guest cuts. Using primarily an MPC 2000XL, finger drumming has remained a major part of his production and DJ performances.

Decap is a SF based sonic sculptor who has produced for artists such as Talib Kweli, Snoop Dogg, Ne-Yo, and Tim Kile (formerly of Arcade Fire). He is currently releasing music as a solo artist and released collaborative work with heavy hitters such as Hit Boy and some of the top artists from the emerging future beats movement.

An accomplished educator, performer, & producer, Tim teaches at Drumtrainer Berlin & Noisy Academy, has wrtitten for “KEYS”, “Drumheads” and “Recording Magazine”, and performs all over the world with his band Front 242 and other acts.

ASADI, a 20 year old producer from Columbus, Ohio, is dedicated to introducing a style of music he developed called Persian Trap Music. Offering a cinematically majestic sound with dauntless 808s and elaborate trap rhythms, ASADI shows his unsuspecting listeners that he can play it all live from scratch on his beat pad, the Maschine.

The Bob Ross of beatsSTLNDRMS

STLNDRMS (pronounced stolen drums) is a sample junkie, beat geek, crate digger, pad masher and knob twister. Born in Detroit MI, by way of Tokyo Japan, by way of like 50 other places, the beatmaker from Atlanta GA I makes chill sample beats with a bunch of really old gear, and the prolific producer drops at least one beat daily.

Stro Elliot doesn’t just make beats — he makes music. As a child of military parents, he travelled the world marinating in a record collection that spanned from jazz greats like Miles Davis and Herbie Hancock, to funk/soul luminaries like Stevie Wonder, Funkadelic, and Prince.

Drawing on their backgrounds as club DJs, the Vancouver-based production duo of DJ Marvel and Kutcorners have been killing crowds with their live remix performances, which include and array of Synths, Turntables and live drumming — gaining praise from Pitchfork, Okayplayer, & Hypetrak

Over his twenty-year career Recloose has developed into a standout of Detroit‘s musical litter, releasing a number of groundbreaking 12”s for Planet E, Rush Hour, Delusions of Grandeur; remixes for the likes of Funkadelic, Herbert, MJ Cole and Azymuth; a live album; and four full-length LPs.

DJ, producer, remixer, label boss… for a decade now Graeme Sinden has been establishing himself as one of the leaders of dance music as we know it. Collaborations with scene leaders such as Shadow Child, Sbtrkt and AC Slater demonstrate the level at which he operates at.

From his hometown of Brisbane, to his groundbreaking appearances at Shambala’s Fractal Forest, Slynk has spent years refining his skills, experimenting, and educating himself and his fans with mash up productions of classic hip hop, ingrained with rare and funky, rhythmically savvy grooves.

A Korean beatmaker based in Seoul, Lionclad has been hailed by GQ Korea & Playboy magazine as one of the most remarkable young producers in Korea. A master of MPC finger-drumming, Hip-Hop, Trip-Hop, & Experimental have had a profound influence on her music.

Winterpark is the project of Melbourne electronic musician and educator Matt Ridgway. Musically, styles are blurred, merged and re-imagined into deep electronic soundscapes. Movement and pulse lead the listener through washed out waves of bliss and uncertainty, glistening explosions and chiming Astro-pop.

Step1 is a beatmaker and DJ whose action-packed performances blend elements of turntablism, scratching, finger drumming, and live production. A longtime educator, she also owns a music production school called Sequence One where she teaches Ableton to the next generation of producers.

Amp Live has cemented a reputation as one of Cali’s most versatile and prolific producer-DJ double-threats. His demonstrated abilities as an innovator, experimenter, and trendsetter have garnered him recognition, bringing together the Electronic, Reggae and Hip-Hop worlds with a technicaland classical sensibility.

indi is the moniker of contemporary musician and composer Indira Force, who grew up in the rain forests of Titirangi, New Zealand and built her foundations on the piano. Indi writes using a combination of electronic and classical instrumentation, with a signature sound that relies on intricate details and multi-layered structures.

Sandunes is a keys player, composer and beatsmith. Hailing from Mumbai, her work has trodden a global footprint lately seeing her open for Bonobo at Manchester International Festival, support George Fitzgerald's album release tour, and perform at London’s Barbican Centre under a commission from Warp Records and Boiler Room.

One-woman electronic production machine and die-hard Ableton enthusiast, Rachel K Collier is known for using a multi-instrument technical setup to enable her to perform her song-focused, high-energy studio productions in a live setting.

Ben Barter is a New Zealand drummer based in Los Angeles. He’s the touring drummer for Lorde and has also performed with such acts as Broods, Jarryd James, Passion Pit,and more. He’s worked on recordings as a session drummer most notably with producer Tommy English and Grammy Award-winning producer, Joel Little.

Mr Gadson has recorded with some of the most legendary RnB & Soul artists of all time: from Marvin Gaye, Diana Ross, Bill Withers, and Patrice Rushen – to modern greats like D’Angelo & Jamie Lidell.

Charles Levine aka Lonely C and Eli Goldstein aka Bamboozle cut their teeth in Boston during the 90’s rave heyday and quickly learned the power of P.L.U.R., a commitment to PEACE LOVE UNITY & RESPECT in the community, on the dancefloor, and in the DJ booth.

Deemed one of the top producers of 2017 by both DJ Mag and Run The Trap, Miguel Oliveira’s engaging on-stage presence and innovative sound have catalyzed his emergence out of the SoundCloud scene to become a respected artist across many genres of music. 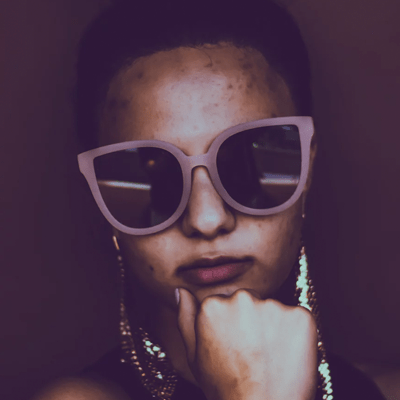 Melodics is EPIC! I used it for only two weeks and immediately noticed that I can do simple percussions with my hands asynchronously. – Brooklyn, United States